"The bigger the market, the better are the chances. Money wants to procreate."
- Van Kellen in Buddenbrooks 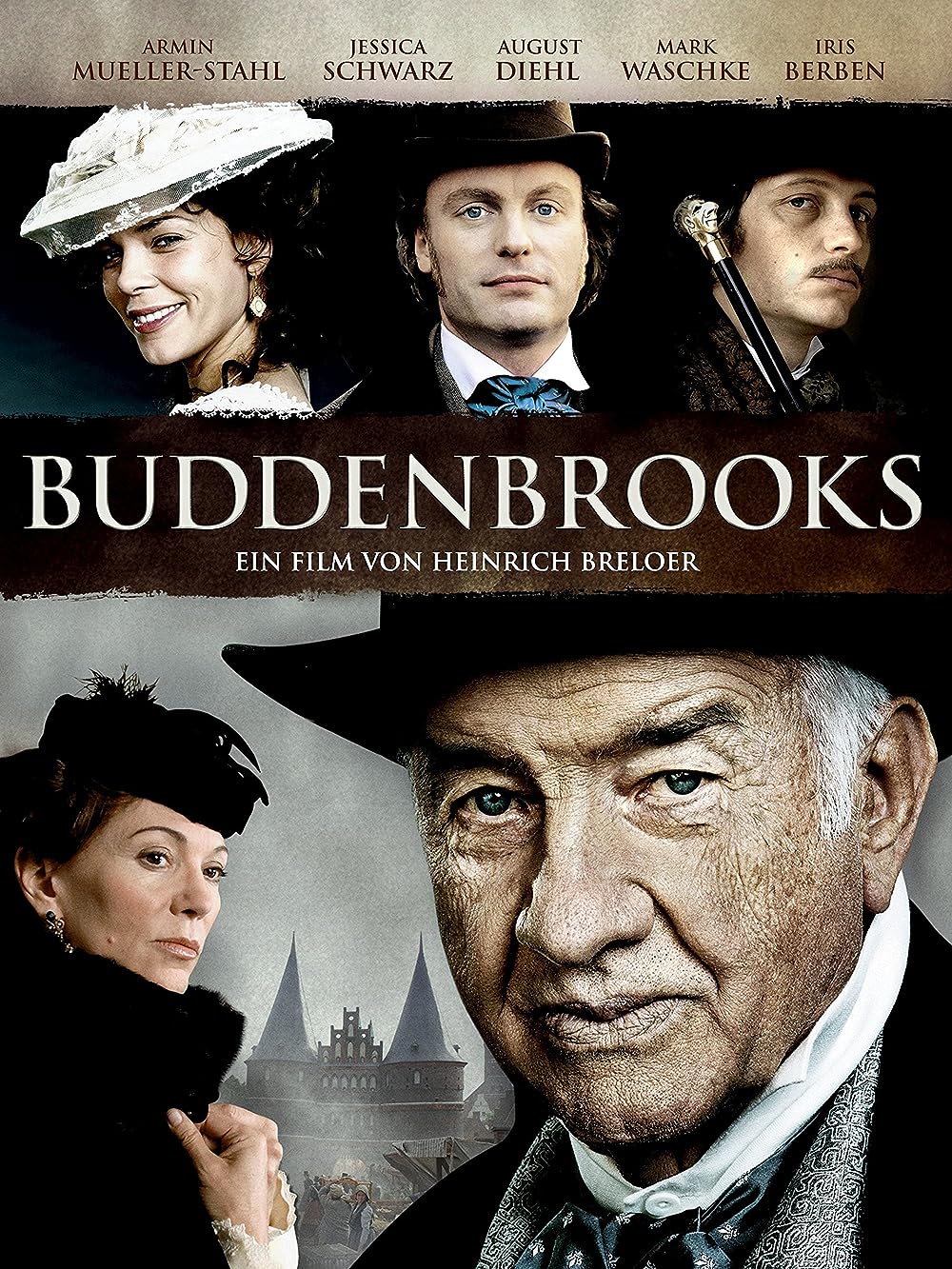 Buddenbrooks: Directed by Heinrich Breloer. With Armin Mueller-Stahl, Iris Berben, Jessica Schwarz, August Diehl. In the 1840s, Lübeck is a dominating commercial town on the Baltic coast, and the Buddenbrooks are among the town's first families. Consul Jean Buddenbrook has two sons, Thomas and Christian, and a daughter, Antonia, called Tony. He dearly loves them but also expects them to sacrifice personal happiness for the sake of the company if necessary. The first to learn this is Tony, who is married off to Hamburgian businessman Bendix Grünlich. Meanwhile, her brothers have learned the trade in Amsterdam and London respectively. Crushed by Tony's marriage disaster and several unlucky transactions, Jean Buddenbrook turns the business over to his eldest, Thomas, who marries Dutch heiress Gerda, a passionate violinist, but never forgets his first love, a flower girl. After spending time in Valparaiso, Christian also returns to Lübeck. Thomas soon learns that his brother is much more interested in the theatre and actress Aline than in the company, which causes a rift between the brothers. Seeing that she can't heal it, their mother admonishes them to at least conceal it from the public.
Page generated in 1.5776 seconds.