"Between 1945 and 1962 the United States conducted 331 atmospheric nuclear tests. Today, the government still denies the genetic effects caused by the radioactive fallout. "
- Title card in The Hills Have Eyes

"Dodge City rolling in wealth from the great Texas trail-­?herds: the town that knew no ethics but cash and killing."
- Title card in Dodge City

"There are two worlds of magic. One is the glittering domain of the illusionist. The other is a secret place, where magic is a terrifying reality. Here, men have the power of demons. And Death itself is an illusion."
- Title card in Lord of Illusions

"What a thing is patriotism! We go for years not knowing we have it. Suddenly: Martial music! Native flags! Friends cheer! And it becomes life's greatest emotion!"
- Title card in The Big Parade

"After forty days and nights of torrential rain, the city is largely submerged below water, a result of the devastating effects of continued global warming. The warnings ignored for decades have now resulted in undreamed-­?of levels of pollution where day "
- Title card in Split Second

"Poverty is no disgrace—until meddling neighbors hear of it."
- Title card in It

"In talking to the computer one gets the sense that he is capable of emotional responses. For example, when I asked him about his abilities, I sensed a certain pride in his answer about his accuracy and perfection. Do you believe that HAL has genuine emoti"
- Title card in 2001: A Space Odyssey

"When women cease to attract men, they often turn to reform as a second option."
- Title card in Intolerance: Love's Struggle Throughout the Ages 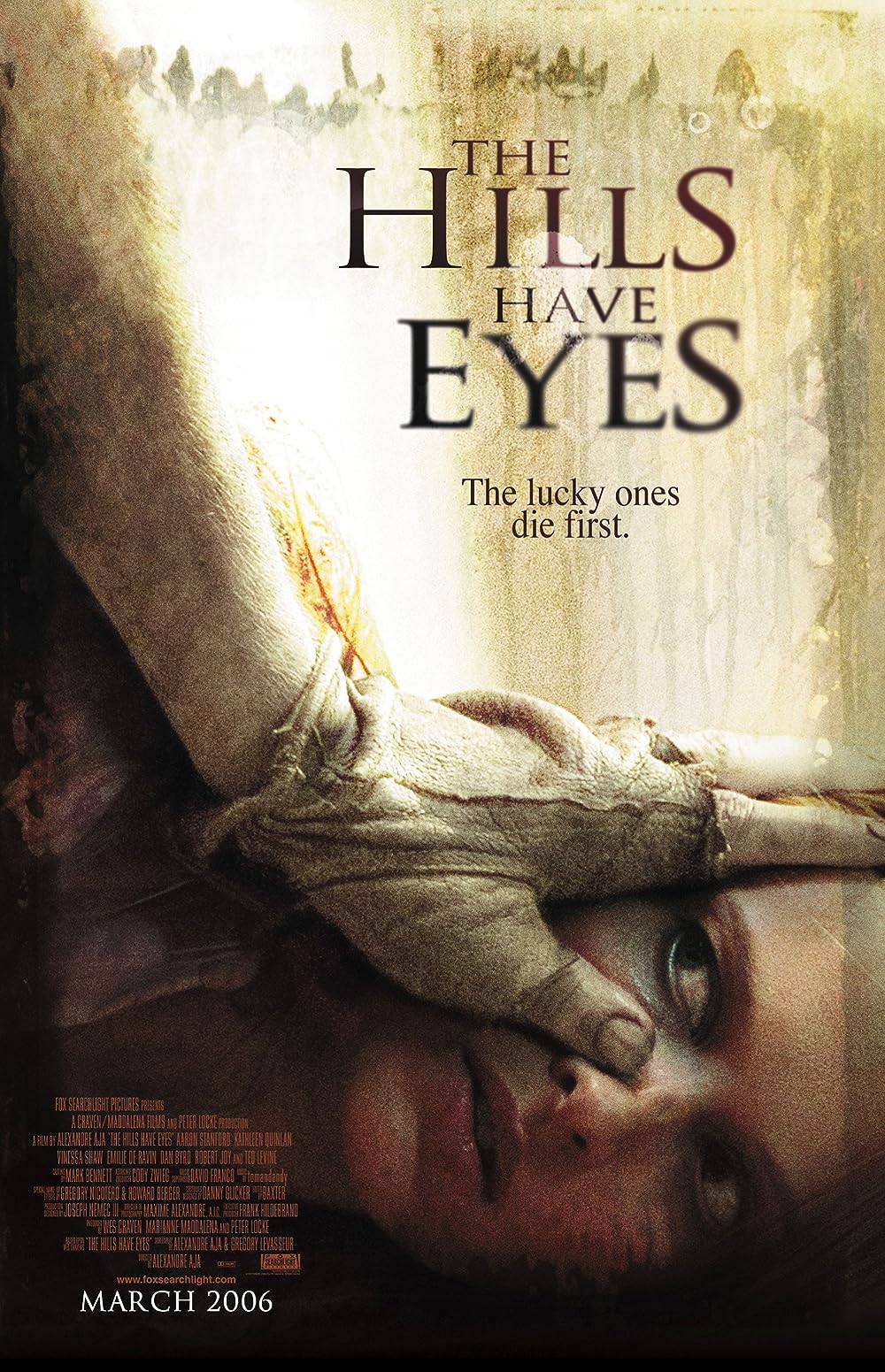 The Hills Have Eyes: Directed by Alexandre Aja. With Maxime Giffard, Michael Bailey Smith, Tom Bower, Ted Levine. A traveling family falls victim to a group of mutated cannibals in a desert far away from civilization.
Page generated in 1.1668 seconds.