"Some look for scapegoats, others look for conspiracies, but this much is clear: violence breeds violence, repression brings retaliation, and only a cleansing of our whole society can remove this sickness from our soul."
- Bobby Kennedy 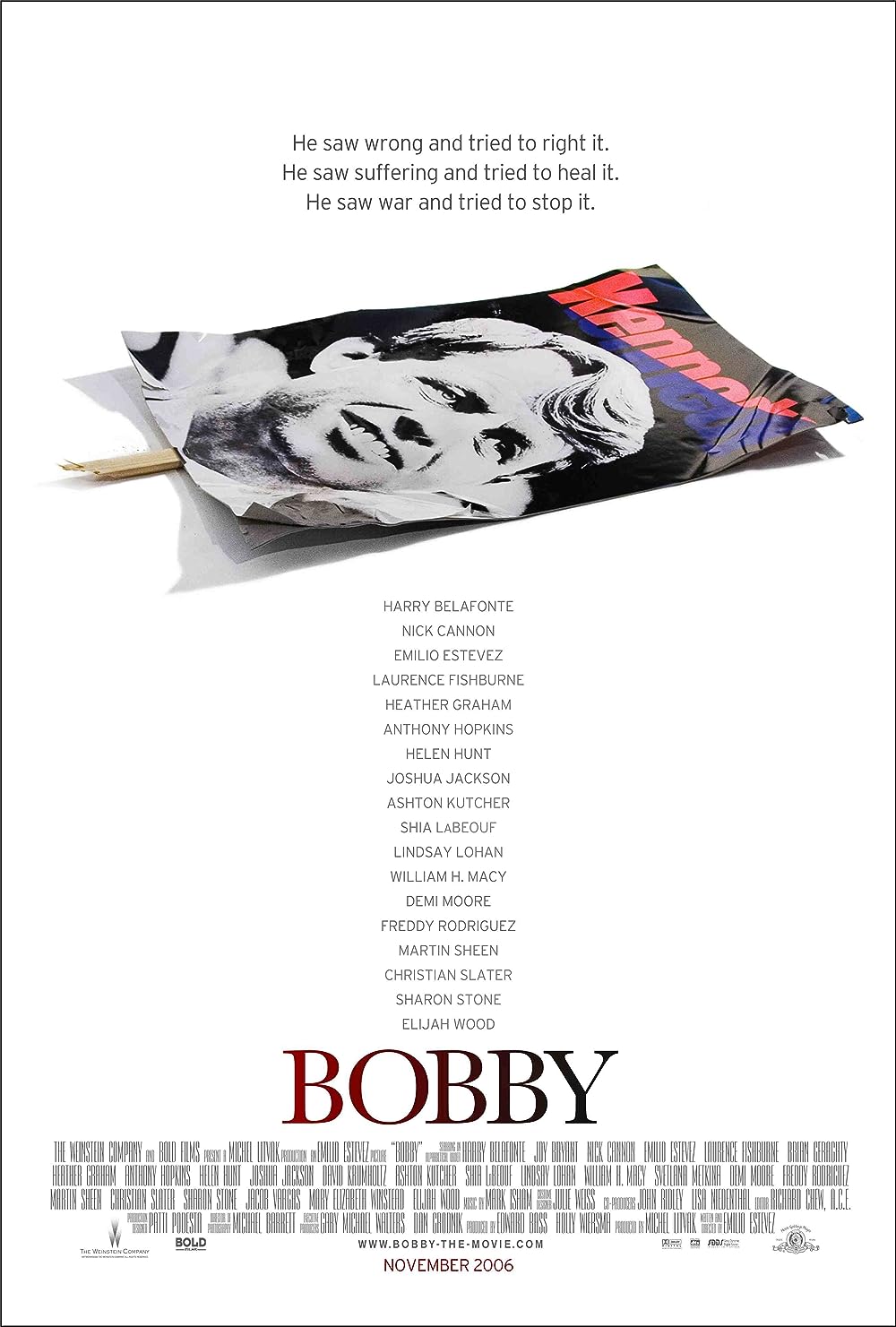 Bobby: Directed by Emilio Estevez. With Harry Belafonte, Joy Bryant, Nick Cannon, Emilio Estevez. The story of the assassination of U.S. Senator Robert F. Kennedy, who was shot in the early morning hours of June 5, 1968 in the Ambassador Hotel in Los Angeles, California, and twenty-two people in the hotel, whose lives were never the same.