"I have had people walk out on me before, but not when I was being so charming."
- Deckard played by Harrison Ford

"All those moments will be lost in time, like tears in rain."
- Batty played by Rutger Hauer

"I don't know why he saved my life. Maybe in those last moments he loved life more than he ever had before. Not just his life, anybody's life, my life. All he'd wanted were the same answers the rest of us want. Where did I come from? Where am I going? How "
- Deckard played by Harrison Ford

"The light that burns twice as bright burns half as long—and you have burned so very, very brightly, Roy."
- Tyrell played by Joe Turkel

"We began to recognize in them a strange obsession. After all, they are emotionally inexperienced, with only a few years in which to store up the experiences, which you and I take for granted. If we gift them with a past, we create a cushion or a pillow fo"
- Tyrell played by Joe Turkel

"It was not called execution. It was called retirement."
- Narrator

"Nothing is worse than having an itch you can never scratch!"
- Leon played by Brion James

"“More human than human” is our motto."
- Tyrell played by Joe Turkel

"Quite an experience to live in fear, isn't it? That's what it is to be a slave."
- Batty played by Rutger Hauer

"The report read “Routine retirement of a replicant.” That didn’t make me feel any better about shooting a woman in the back."
- Rick Decard played by Harrison Ford 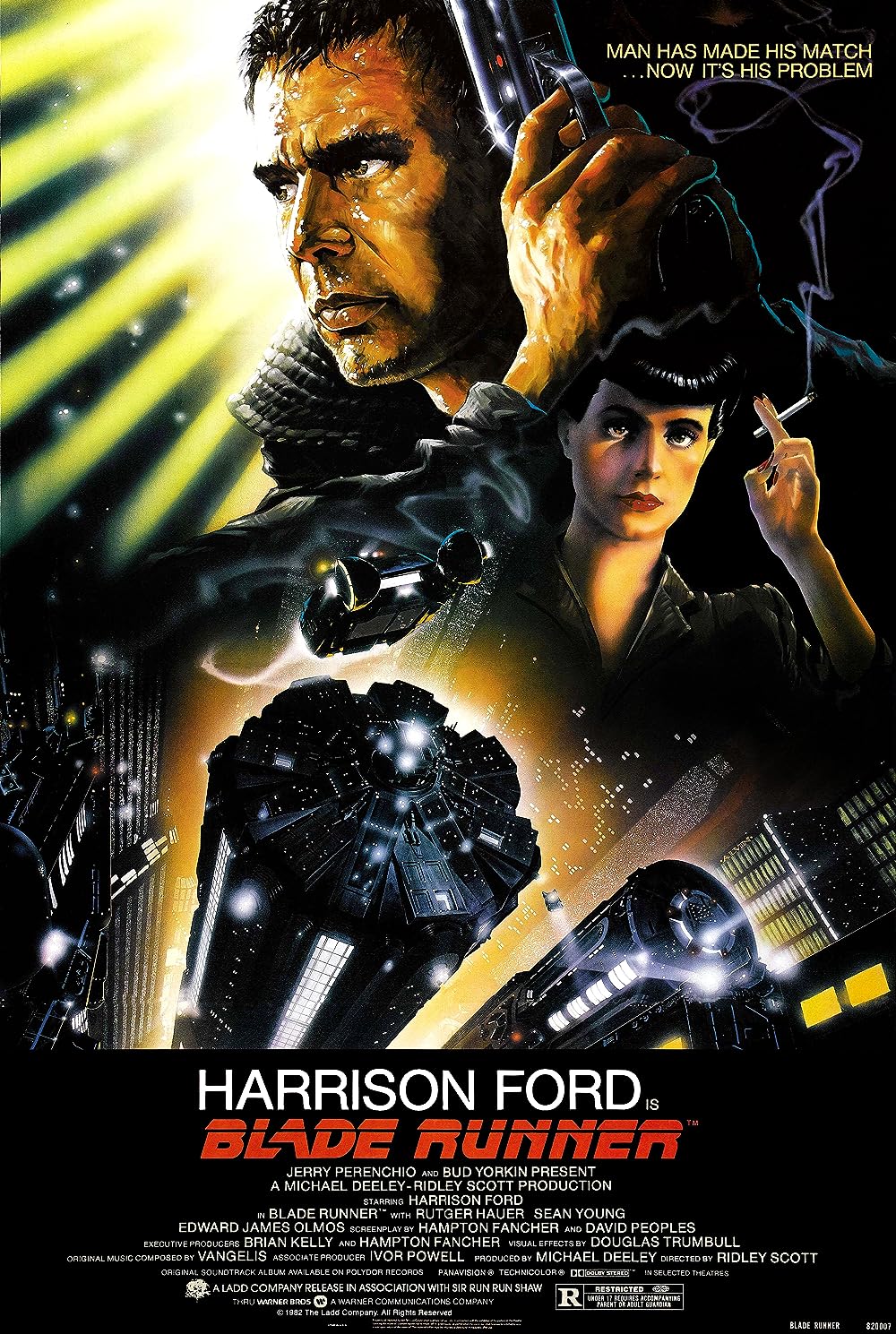 Blade Runner: Directed by Ridley Scott. With Harrison Ford, Rutger Hauer, Sean Young, Edward James Olmos. A blade runner must pursue and terminate four replicants who stole a ship in space and have returned to Earth to find their creator.