"Walt Whitman once said, ""I see great things in baseball. It's our game, the American game. It will repair our losses and be a blessing to us."""
- Annie Savoy played by Susan Sarandon

"You see, there’s no guilt in baseball, and it’s never boring, which makes it like sex."
- Annie Savoy played by Susan Sarandon

"You couldn’t hit water if you fell out of a fucking boat."
- Crash Davis played by Kevin Costner

"Making love is like hitting a baseball: You just gotta relax and concentrate."
- Annie Savoy played by Susan Sarandon

"You got a gift. When you were a baby, the Gods reached down and turned your right arm into a thunderbolt. You got a Hall-of-Fame arm, but you're pissing it away."
- Crash Davis played by Kevin Costner 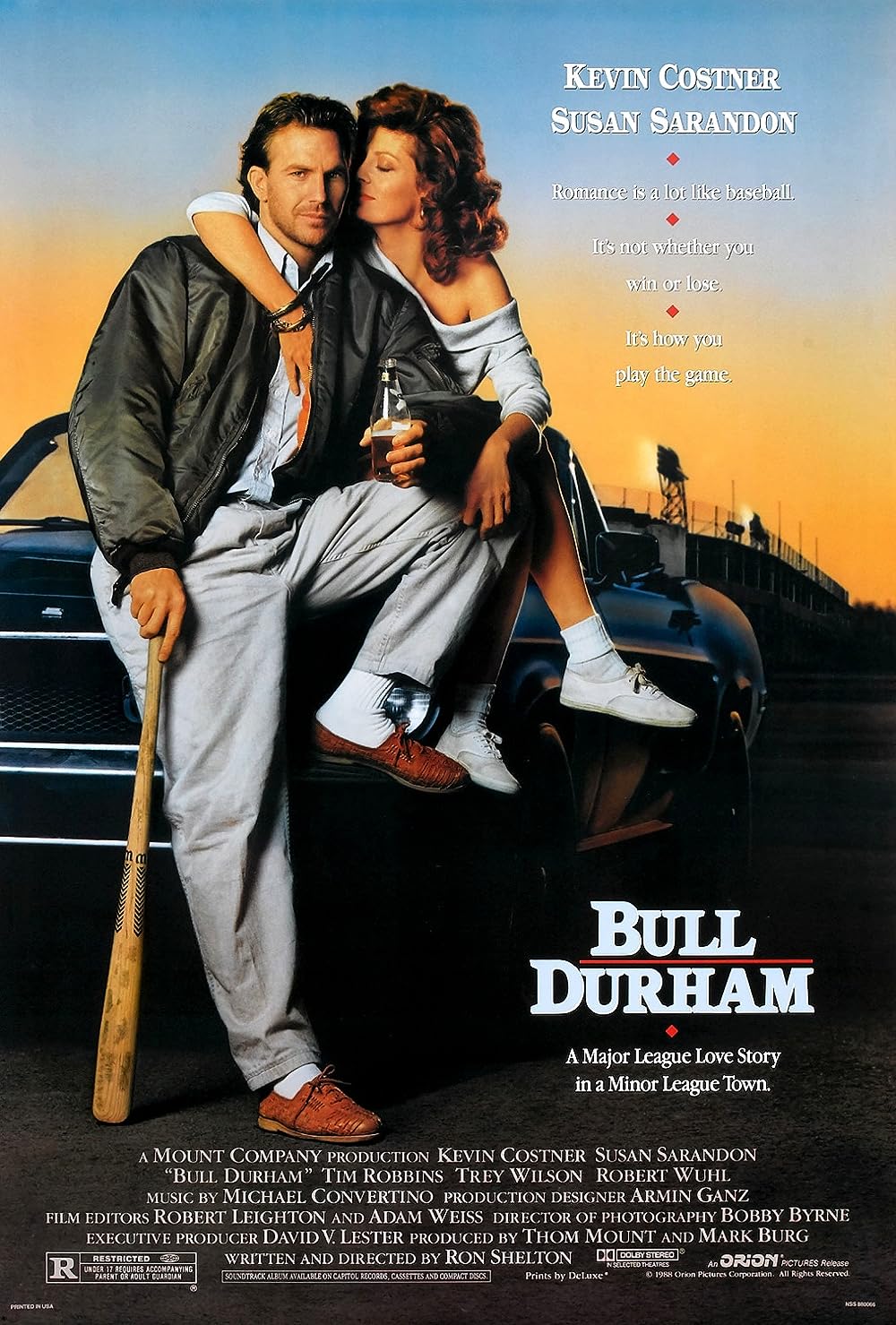 Bull Durham: Directed by Ron Shelton. With Kevin Costner, Susan Sarandon, Tim Robbins, Trey Wilson. A fan who has an affair with one minor-league baseball player each season meets an up-and-coming pitcher and the experienced catcher assigned to him.