"But we are involved, Etta. Don't you know that? I mean you are riding on my bicycle. In some Arabian countries that's the same as being married."
- Butch Cassidy

"Well, I think I’ll get saddled up and go looking for a woman. Shouldn’t take more than a couple of days. I’m not picky. As long as she’s smart, pretty, and sweet, and gentle, and tender, and refined, and lovely, and carefree."
- Sundance Kid

"I don’t know where we’ve been, and I’ve just been there."
- Butch Cassidy 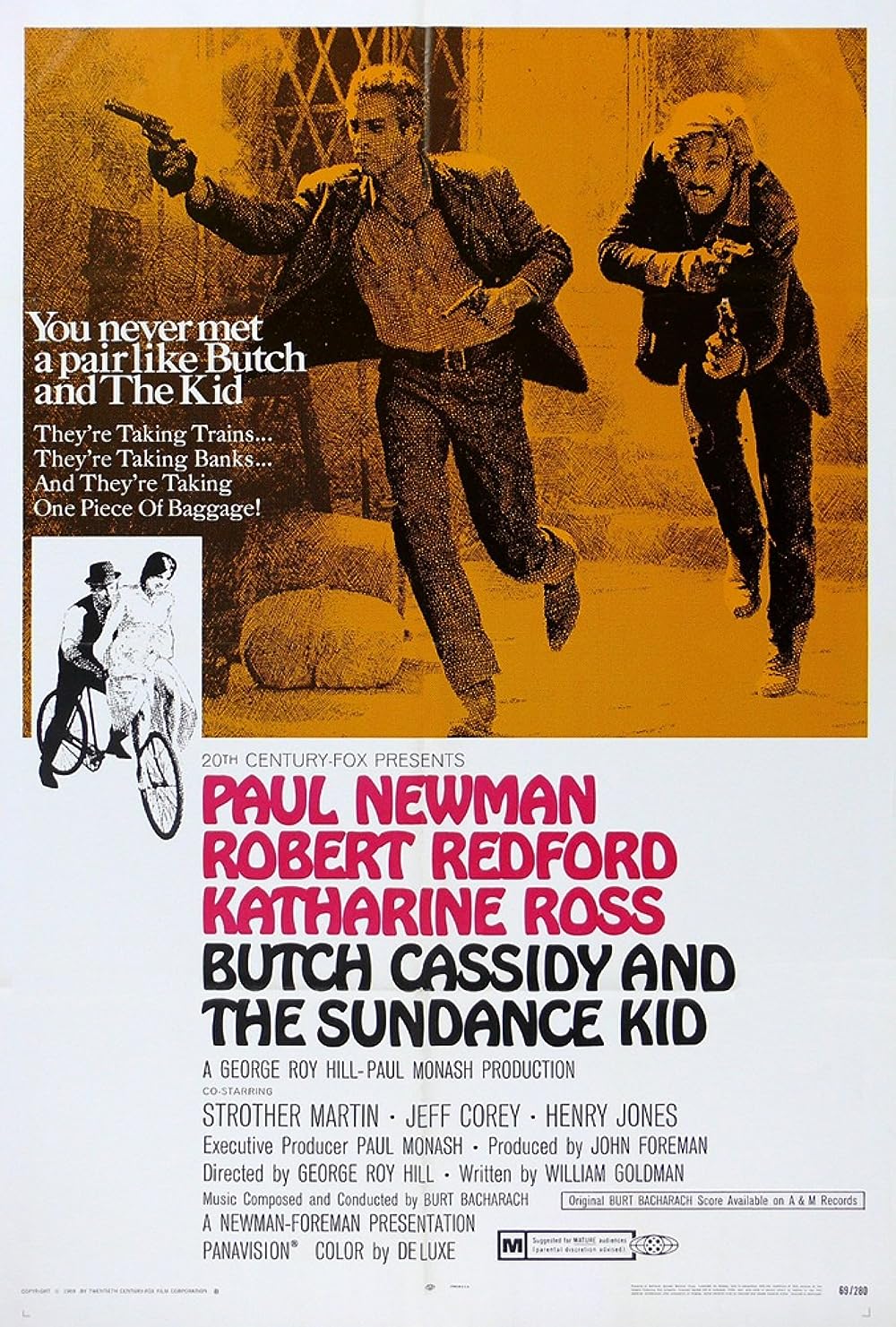 Butch Cassidy and the Sundance Kid: Directed by George Roy Hill. With Paul Newman, Robert Redford, Katharine Ross, Strother Martin. Wyoming, early 1900s. Butch Cassidy and The Sundance Kid are the leaders of a band of outlaws. After a train robbery goes wrong they find themselves on the run with a posse hard on their heels. Their solution - escape to Bolivia.