The Bridge on the River Kwai Movie Lines

"It’s a matter of principle. If we give in now, there will be no end to it."
- Colonel Nicholson 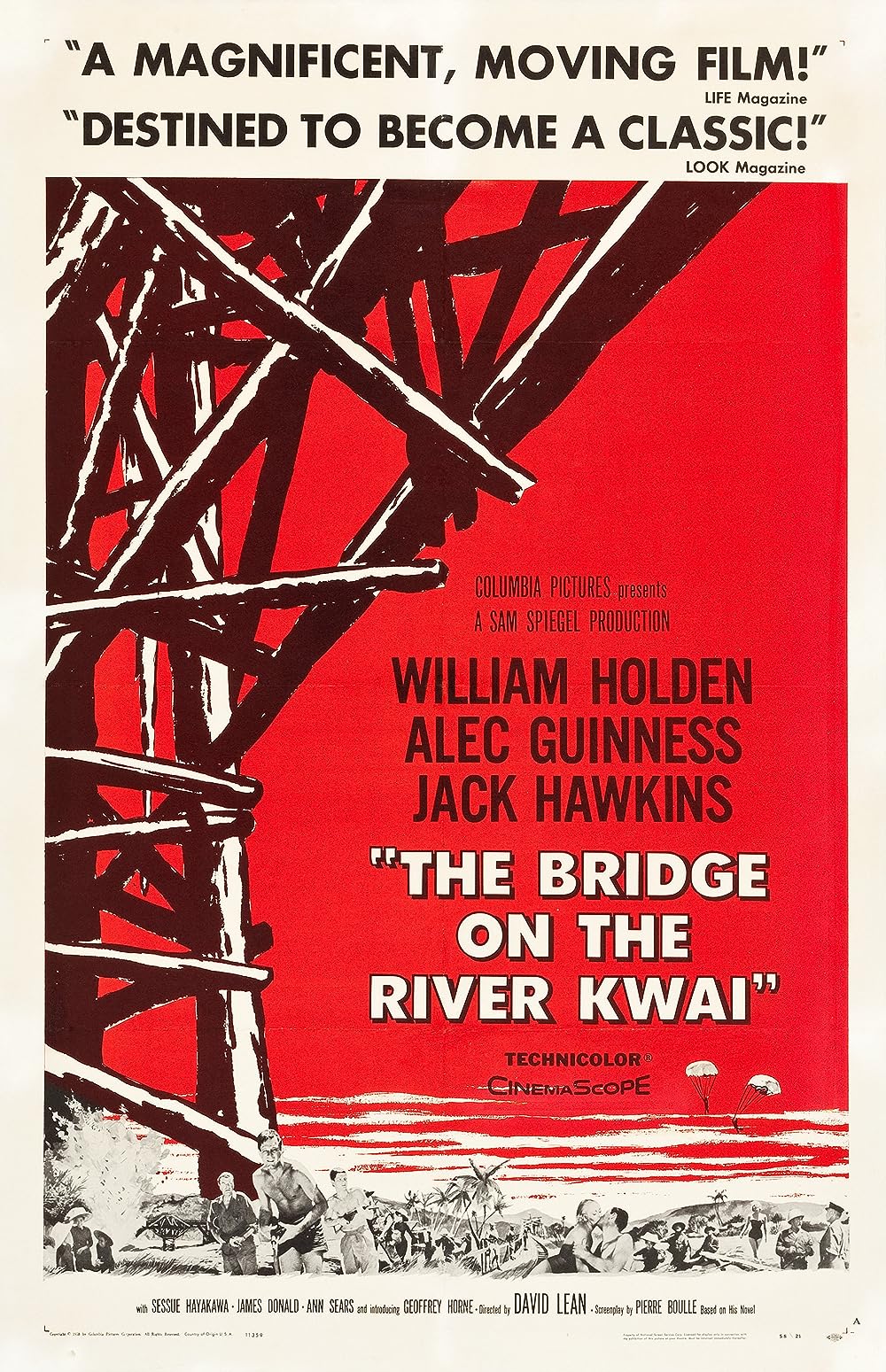 The Bridge on the River Kwai: Directed by David Lean. With William Holden, Alec Guinness, Jack Hawkins, Sessue Hayakawa. British POWs are forced to build a railway bridge across the river Kwai for their Japanese captors in occupied Burma, not knowing that the allied forces are planning a daring commando raid through the jungle to destroy it.